Synthetic Lover just received its first patch on itch.io!
We've added 1 additional CG, bumping the total to 57 unique CGs, and eliminated some typos in the script.

We've added all the of achievements planned for our Steam release, so they're now available in-game on itch! 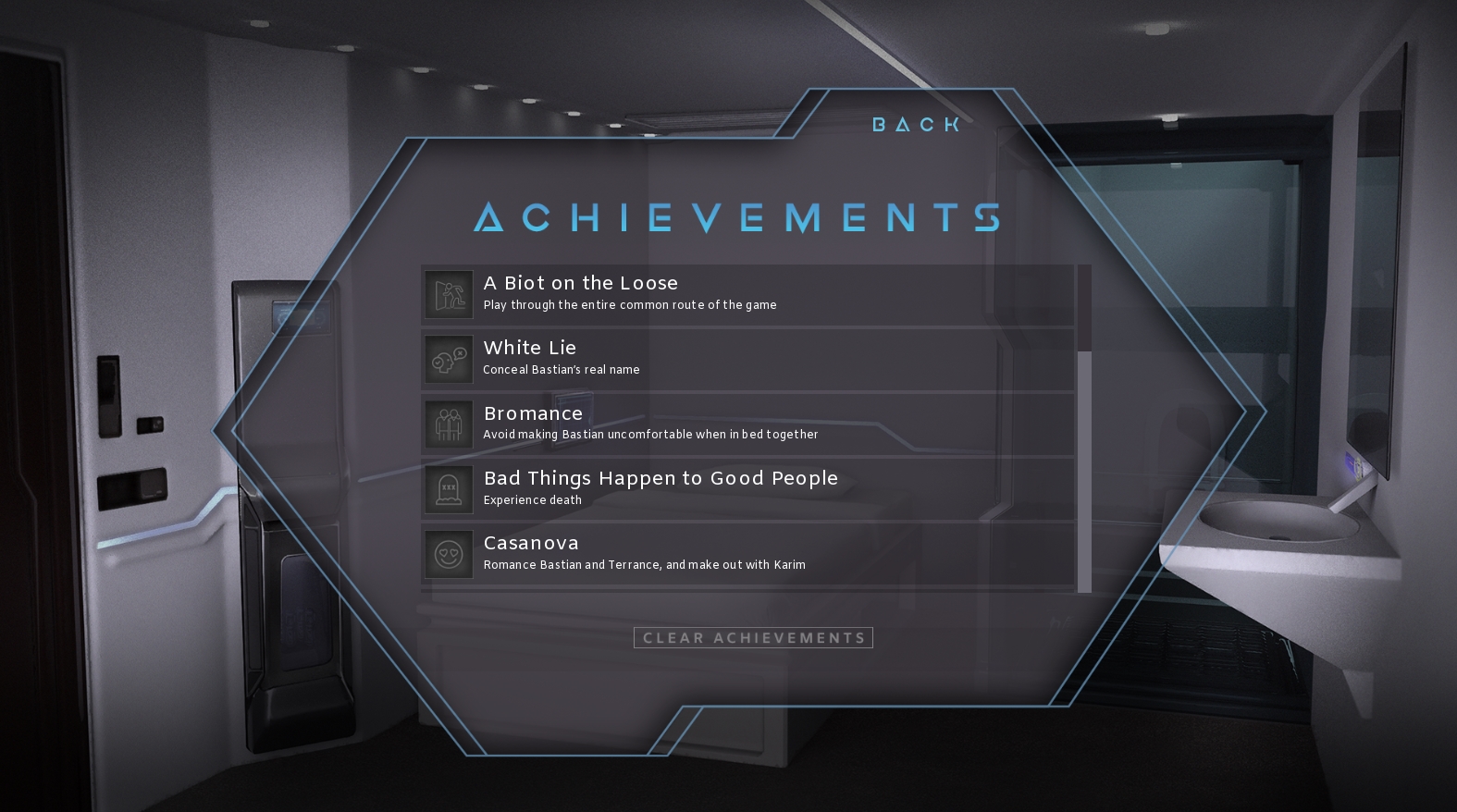 In addition, we're happy to announce that the Synthetic Lover OST is now officially released on itch.io. Check it out here >

For those encountering issues with romance in the game an Official Synthetic Lover Choice Guide is also available on itch.io.
You have the option of getting a copy for 1.99 on the itch.io page OR get it for FREE by signing up to our mailing list HERE >